May Ng is an Honorary Professor at Edge Hill University, Honorary Associate Professor of University of Liverpool and a Consultant Paediatrician and Consultant Paediatric Endocrinologist based in Southport and Ormskirk NHS Trust. She is an Associate Medical Director at the Trust and is the Chair of the UK Association of Children’s Diabetes Clinicians and Chair of the UK NIHR DUK Diabetes Research Steering Group for Children and Young People. She attained the Royal College of Physicians ‘Doctor as Educators’ Accreditation Certificate and is a Fellow of the Higher Education Academy.

She completed her undergraduate degree in Medicine under full scholarship in Sydney, Australia and undertook her paediatric training in Australia, Manchester and Mersey deaneries. She obtained the national grid for paediatric endocrinology and diabetes and completed her sub-specialty training in Alder Hey Children’s Hospital. She was the recipient of the prestigious Medical Research Council UK Fellowship in 2006 and went for further training to complete her Masters degree and PhD doctoral degree in the area of neonatal endocrinology. She also has a Master of Laws degree from University of Liverpool and an MBA in Healthcare Finance. She remains active in medicolegal work, research and education of junior doctors.

She was awarded Officer of the Most Excellent Order of the British Empire (OBE) in the 2022 Queen’s Birthday Honours list for services to people with diabetes and people with autism and disabilities. In 2019, she also received a personal Prime Minister’s Invitation to a reception at 10. Downing Street as a personal thanks and commendation towards care of diabetes. She was an invited speaker to House of Commons, UK Parliament on the 19th July 2018 and spoke to end the postcode lottery for access to technology in diabetes. Prof Ng is also the clinical leader of multiple national award winning initiatives such the 2020 North West Regional Winner  for the Excellence in Healthcare Award category of the NHS Parliamentary Awards, 2019 University of Liverpool Alumni Award, 2019 HSJ Diabetes Initiative Finalist, 2018 Mary Mackinnon Diabetes UK award, 2015 Winner of Diabetes Quality in Care (QiC) UK, Pride Awards 2015 Team of the Year, Highly Commended runner up for Diabetes Team of the Year in the National BMJ Awards 2015, Best diabetes service performer for North West in the National Paediatric Diabetes Peer Review Assessment DQUiNs 2014, finalist in the National HSJ Clinical Leader of the Year Award 2015 and the UK Asian Woman of Achievement Award 2016.

She also serves as Clinical Guidelines Officer for British Society of Paediatric Endocrinology and Diabetes (previous Diabetes Officer), Chair of the E-Learning Committee of European Society of Paediatric Endocrinology, ISPAD Advisory Council, member of the External Reference Group for National Institute of Clinical Excellence (NICE), NICE Diabetes Guideline Committee and National Steering Group for Children and Young People’s Diabetes Peer Review. She is actively involved in development of national paediatric training and policies in endocrine and diabetes. She is member of the Diabetes UK Council of Healthcare Professionals.

She is voluntary Chief Medical Advisor for Action4Diabetes.org, a UK charity providing education, free insulin medications and blood glucose monitoring equipment to severely disadvantaged children and young people with Type 1 diabetes in South-East Asia. She is responsible for providing advice, training and educational support for healthcare professionals in SEA. She also leads on clinical and research and educational projects in SEA.

She lives in Ormskirk and is married with three children. She is an Autism advocate and is involved in the promotion of Autism Awareness and is a member of the National Autistic Society as a parent advocating for autism awareness.

Fellow of the Royal College of Paediatrics and Child Health (FRCPCH)

Chair of the Association of Children’s Diabetes Clinicians (ACDC)

SFFMLM, Senior Fellow of the Faculty of Medical Leadership and Management, United Kingdom

Officer of the Most Excellent Order of the British Empire (OBE), 2022 Queen’s Birthday Honours List

North West Regional Winner for the Excellence in Healthcare Award 2020

Finalist in the UK Asian Woman of Achievement Award 2016 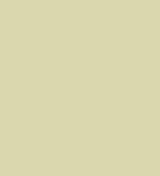